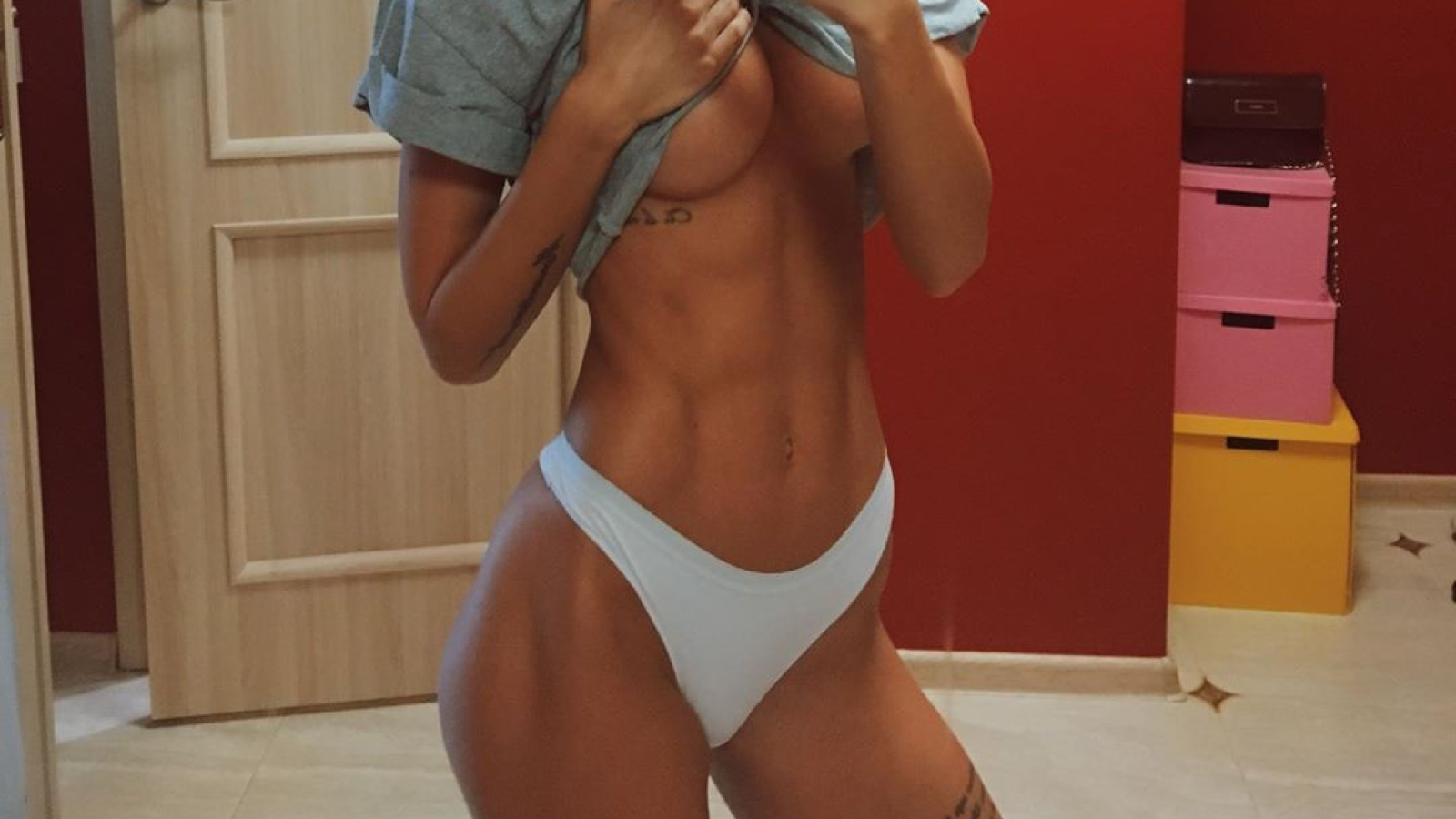 Travis closed the door silently. The forty-six year old mechanic turned and looked around the small hanger. He recognised it. It was the first thing he’d seen fifteen days ago when they’d removed his blindfold. He knew it was fifteen days because each man was “sentenced” to thirty days. But he couldn’t take it any more.

He took a couple of steps into the vast, empty space. The small aeroplane had gone. In the darkness he could make out a door to the left of the closed shutters. That was his way out. He limped across the empty room, picking up the pace as he got closer. Approaching the door he prayed it was unlocked. Pushing down on the handle with his good arm, he felt a wave of relief as the door opened outwards.

Travis stepped out into the cool morning air, squinting as the morning sunrise exploded across the sky. He looked at the expanse of flat featureless terrain. They were in the middle of nowhere. He could make out mountain ranges in front and to the left. To the right, nothing as far as the eye could see. He grunted. Maybe there was something on the other side of the building.

The mechanic took a couple of limped steps before he froze.

Travis closed his eyes, and immediately felt a weird kind of involuntary tremble. He knew who it was. He recognised her voice. He swallowed hard and cleared his throat.

“I…er…I was just coming out for a smoke” Travis said as casually as he could.

“Of course you were” said the female voice, trailing with a flirtatious giggle.

Travis smiled nervously at the girl as he turned around. He was right, it was Kyla. He’d enough of his wits about him to pretend to pat down his jeans in search of a pack of cigarettes.

“Darn it” Travis sighed, “I must’ve left them back in my dorm”.

He took a couple of steps towards the door.

“You know,” said Kyla softly, I don’t think Supergirl will be happy to hear you tried to escape.”

Travis froze. He turned and looked at the girl. “Please, ma’am, I was just looking for somewhere to smoke. I mean, I wouldn’t dare to, y’know…”

The main did his best to maintain eye contact, but it was damn near impossible. Up until fifteen days ago he’d never seen anyone as strikingly beautiful as her. Since then, he’d met seven of them, plus Supergirl.

Kyla put her hands on her hips. She noticed this guy momentarily flick his eyes onto her torso. The girls regularly admonished the men for their wandering male gaze. But they mainly did this to humiliate them. All the girls liked the attention really. And how could they blame them? They all walked around in ridiculously tight, revealing clothing.

“Are you looking at my body?” Kyla asked pointedly, her demeanour suddenly changing.

“What is wrong with my body?”

There was nothing wrong with Kyla’s body. Nor any of the other girls for that matter. Whilst he’d never even seen a girl as achingly beautiful as her just two weeks ago, the same could be said of her insane body. And boy did she dress to show it off.

She was wearing one of three outfits that she favoured: white long-sleeved spandex crop top and white high-leg spandex workout panties. Even without looking directly at her, he could see her body in that outfit - in all three outfits - in his mind.

Kyla laughed. “Chill out, I’m fucking with you” she said smiling.

“Oh” he said, looking back at her once more.

Kyla took a heavy breath. She silently pointed at Travis and beckoned him over with one of her beautiful manicured fingers. Travis limped over and stopped subserviently a few of feet in front of her.

“You know,” Kyla said as she turned and walked over to a plastic chair leaning against the building, “I could tell the other girls about this little escape attempt”.

Travis swallowed hard, as she stared hard at the girls sumptuous tanned derrière. He averted his eyes quickly as she turned around with the chair in her hand.

Kyla raised a finger to her mouth to shush him. She slowly placed the chair about six feet away Travis.

“Who gave you the limp?” Kyla smiled.

Travis looked up, unsure of what she meant.

Kyla sensed his confusion. “I want you to look at me. At my body.”

Travis looked at her confused. It seemed like a terrible trap.

“Do you like my boobs?” she said glancing down at her wonderful chest.

“It’s not a hard question Travis. My boobs. Do you like them?”

Travis swallowed. He looked at her incredible rack. They were big. Not really big, probably a tight D cup. And they were wonderful. Gravity-defying, and so firm that he never knew whether she was wearing a bra or not. It seemed that her nipples were always poking out a little, suggesting she was continually aroused as opposed to cold.

“He traced the length of her tanned sun-kissed legs from her feet right up to her sumptuous, youthful thighs and in particular the outline of her white spandex gym panties around her hips and how it enveloped her pubic bone.

If she’d asked, he would have also said how much he fantasised about her insanely ripped feminine stomach; and how much he appreciated the way her firm butt cheeks ever so slightly jiggled when she walked.

Kyla took hold of the top of the chair and sat down. She crossed her long legs and looked up at Travis.

Travis cast his mind back to when Supergirl ripped open the back of the prison transport van.

“Well, ma’am, Supergirl was the one that…”

Kyla cut him off. “I know how you got here. Why were you in prison?”

“Oh,” said Travis thinking carefully. “I got into a fight”

“I did” Travis said without any hint of pride.

Travis hesitated but took a couple of steps forward.

Travis shuffled forward until he stood just outside her outspread legs.

Travis dropped to his knees. There was no misunderstanding, no questions. Over the past two weeks he’d witnessed first hand what Kyla and the girls were capable of. In addition to her extraordinary hand-to-hand fighting, he’d seen Kyla pick up one of the man by this throat with just one hand; slap another guy with the back of her hand so hard that he flew twenty feet across the canteen; and crush another guys fist with her hand to the point where is was completely unrecognisable as a hand. That wasn’t including the brutal beatings that she dished out every day on the practice mats. And there were plenty more stories about her and the other girls.

Travis was particularly careful not to touch her marvellous legs.

“Do you want to touch them?”

Travis placed a hand on each of Kyla’s calves.

“How does that feel?”

Travis ran his hands up the outside of Kyla’s wonderfully smooth, toned legs, up past her knees and along the side of her sumptuous thighs.

Kyla made a sound to indicate her approval.

Travis continued to run his hands up and down her legs, his mind lost with trying to imprint the feeling to his memory. He felt an instant stirring of his loins.

“How old are you Travis?

Travis continued to caress Kyla’s thigh and calves as he tried to approximate her age.

“You’re fine with that?”

Travis didn’t really know where she was going with his. But before he could answer she interjected.

“Tell me about your fight”

“Let me guess: You don’t like talking about your fight because actually, you kicked the shit out of your wife.”

Kyla brought her feet up off the floor and wrapped them around Travis, placing the toes of her left foot behind the heel of the right.

Travis yelped as he took hold of the outside of her calves.

The teenager squeezed her legs together a little and watched the pained expression on Travis’ face. Travis, gripping hold of her beautiful legs as hard as he could knew that he was no match for her. He knew that ten men wouldn’t be able to pry her legs open even an inch.

She squeezed harder, watching Travis gurgling, pathetically trying to prise her legs apart to no avail.

Kyla squeezed a little harder. She displayed no visible signs of exertion. She sat relaxed with the man between her beautiful shapely legs.

She felt the first pop of a rib breaking. Travis screamed, and louder still when two more ribs broke in quick succession.

The teenager didn’t relent until three more ribs cracked. She eased her grip around his torso.

Travis was wailing in pain, tears streamed down his cheek.

“I’m the future. Soon, every women will know someone like me. Hell, maybe everyone will be like me. A strong as I am . Your wife. Your daughters. Women everywhere. And believe me, when that happens, men like you won’t survive very long.

Kyla relented and opened her legs. Travis’ broken body fell to the side and he lay on the ground limp, crying.

Travis was to suffer one last indignation as the teenager leaned down and grabbed the back of his jacket. With the incredible strength that Supergirl had bestowed to her, she picked Travis up with a single hand, holding him aloft facing away from her. Travis screamed louder as gravy pulled his body down and his torso strained against his broken rib cage.

The girl simply walked him back inside the building as if holding a ventriloquist’s dummy and closed the door behind them.